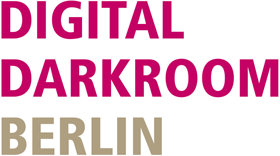 The fascination of the analogue 35 mm camera with its mechanical wheels and scales in an often silver-black metal bodies is unbroken. In Berlin, young people with analogue cameras around their necks are now an integral part of the street scene. Dealers in analogue photographic supplies are recording significantly higher sales of film than just a few years ago, and prices for a used Nikon, Leica or Hasselblad are rising again.

The fascination with analogue photography is particularly evident in the case of B&W films: The appearance of the analogue grain is unique, the film has much less shadow detail and, depending on the film chosen, already has its own aesthetic. These are all basic elements for later works of art, completely without digital filters. This special look and feel is often difficult to achieve digitally, even with Photoshop plug-ins.

If you like this kind of photography, you should use film. From the developed film, scans are made carefully and in sufficient resolution. If you wish, we can take over the post-production of the scans and then print your motifs on the finest baryta paper. We cannot recommend an analogue print (see our FAQ “Analogue vs. digital print”).

Technically it may be noted that in case of a highly overexposed film, details in the highlights of the picture can still be achieved. A highly overexposed digital image has only white there. In the shadows it is the other way round: Where a digital camera still offers information in the case of underexposure, there is often no sensitization on the film. And where nothing has been exposed, nothing can be conjured up in post-production; the positive remains black in the shadows.

<< Back to FAQ – Frequently anwered questions